Turkey's Ministry of Environment and Urban Planning has published the KKDIK (which is the Turkish implementation of the European Union’s (EU) REACH in Turkey) in the Official Gazette on the date 23 June 2017 with No: 30105 (Bis).

It had been a long time since the final draft had been circulated to collect the feedback from the stake holders and it has been amended for the last time to finalise the legal text and to set out the provisions.

There will be a need for further interpretation and comparison requirements between KKDIK and the EU REACH regulation. The main obligations that KKDIK will bring to the chemical industry are as follows:

Regulations that are repealed by KKDIK

The one and only provision that is to be enforced on the date of publication is the repealing of the CICR (Chemical Inventory and Control Regulation 27092) which was published on the date 26 December 2008 after 8.5 years. So, the immediate effect of KKDIK is to release you from CICR notification obligation.

The substances which are restricted were previously covered by the ‘’Regulation on Restriction Regarding to Manufacture, Placing on the Market and Use of Certain Hazardous Substances, Preparations and Articles’’ 27092.

After the publication of KKDIK, this regulation will also be repealed but this will take place after 6 months from the date of publication which will be 23 December 2017. After 23.12.2017 Annex XIV and XVII of the KKDIK will be taking over the provisions relating to restriction, authorization of some substances.

Annex XIV is a blank Annex as of the date of publication. To manage the procedural bureaucracy of amending the regulation, the Competent Authority (CA) had preferred to publish the ‘’List of substances subject to authorisation’’ on the web site of the Competent Authority’’. This will let the CA to update the Annex XIV without any delay and obligation to procedure to follow which the regulatory amendments are required.

Annex XVII which is related to the “Restrictions On The Manufacture, Placing On The Market And Use Of Certain Dangerous Substances, Preparations And Articles” has several entries and these will come in to force across several dates. Further in-depth briefings will likely be required.

Another regulation that is to be repealed by the KKDIK is the ‘’Regulation on Safety Data Sheets Related to the Hazardous substances and Mixtures’’ (29204) published on 13 December 2014. Indeed, this is the youngest regulation repealed by KKDIK but enforcement of that repeal is also quite late relatively. The existing Regulation on SDS (No: 29204) will still be in force until 31.12.2023.

Initial Actions to Comply with KKDIK

KKDIK requires pre-registration and registration respectively for the substances that are manufactured or placed on the market (in other words imported) in Turkey either on their own or in mixtures or in articles with an intended release which are equal to or above 1 mta.

Different from the EU REACH regulation, KKDIK does not set out separate pre-registration and registration deadlines depending on the classification of the substance or the annual tonnage band.

All pre-registrations should be submitted before 31.12.2020.

After 31.12.2023, substances either on their own, in mixtures or in articles that are equal to or above 1 mta, cannot be manufactured or placed on the market if they are not registered in accordance with the relevant provisions of KKDIK.

There is the need for an Only Representative (OR) in accordance with Article 9 of KKDIK for companies that do not have a Legal Entity in Turkey. One of the initial actions for the global chemical industry should be to find a reliable OR that has a Legal Entity in Turkey.The companies who already have an appointed Only Representative in Turkey, for example to comply with SEA and/or CICR regulations can ask their OR to manage their responsibilities under KKDIK. The other global manufacturers who have not yet appointed an OR would be advised to start seeking one.

The initial term of KKDIK is from 23.12.2017 (the first date that most of the provisions of KKDIK will be in force) to 31.12.2020. Activity during this time will likely be mostly based on finding and appointing an OR, identification of the substances to pre-register and submitting the pre-registrations via the OR.

The more critical term will be between 1.1.2021 and 31.12.2023 where more complex tasks such as data sharing, dossier compilation and registration will take place. Also, the official fees for registration will be another subject of this critical term on the top of the LoA costs or data related costs that the registrants will be facing.

The CRAD Team will be informing you of further details regarding the KKDIK regulation and will be pleased to reply your case specific questions. As was the case for the EU REACH regulation, we expect there will be further clarifications put forth by the MoEU, including guidance that will be published by the Competent Authority and cases to be discussed which are currently left in the grey areas of the regulation. 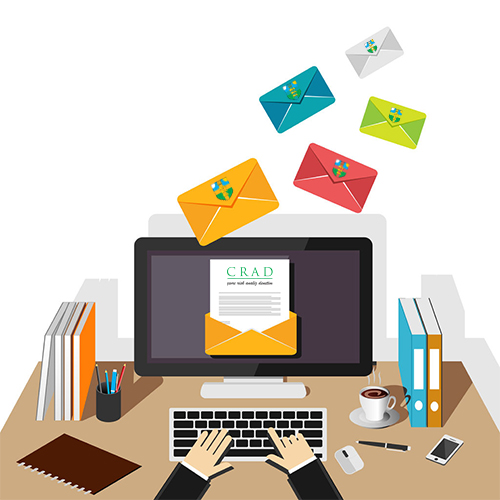